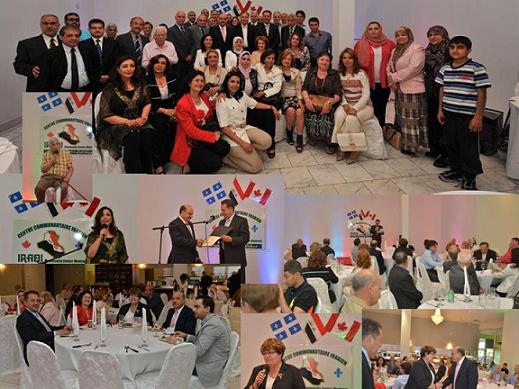 The Iraqi Community Center in Montreal would like to invite you for Movie Night:

Son of Babylon by Mohamed Al-Daraji

North Iraq, 2003, two weeks after Saddam Hussein’s fall. Ahmed (Yassir Taleeb) is a twelve-year-old boy. His only relative is his grandmother (Shehzad Hussen), an old woman of Kurdish lineage. They are traveling together looking for Ibrahim, Ahmed’s father, who was forced to join the Gulf War years before and never returned. A letter testifies the man is alive, but Ibrahim’s is nothing but a ghost the child and the old woman follow around, hoping to find a concrete presence at the end of any road they take. From chaotic Baghdad to the prisons of Nasiriyah, from mass graves in the desert where nameless victims of recent wars lie to the remains of ancient Babylon. Like the legendary Hanging Gardens, Ibrahim is for Ahmed an elusive promise, a reality that’s always farther away and out of reach. 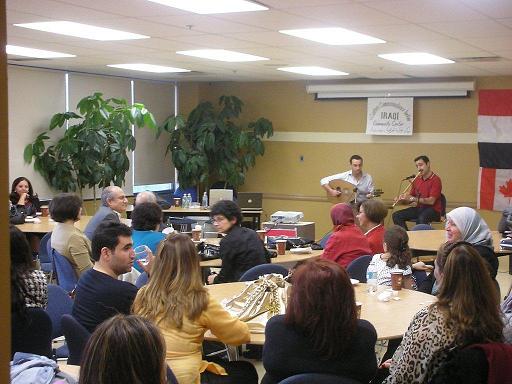 On Sunday 2 May 2010, from 5:30 to 8:30 at the 6767 CDN Community Center. The new board of the ICC organised its first event. The objective of the event is to provide a space for the Iraqi Community to network and simply enjoy an Iraqi evening with friend and family. The program included a presentation of several old Iraqi comedy shows clips. The crowd was delighted to listen to Lute and Flute performers, Zaid Al-Baghdadi and Fadi Halawi.

Variety of Iraqi sweets was served with the famous Iraqi cardamom tea. The room was nicely decorated with Photographs of different cultural and historical sites in Iraq and some paintings.

At the end of the evening board members openly discussed with the participants about future project and programs.
Some the suggestions: Activities for kids, activities for teenagers, bilingual meetings, announcements in Arabic newspapers, etc. 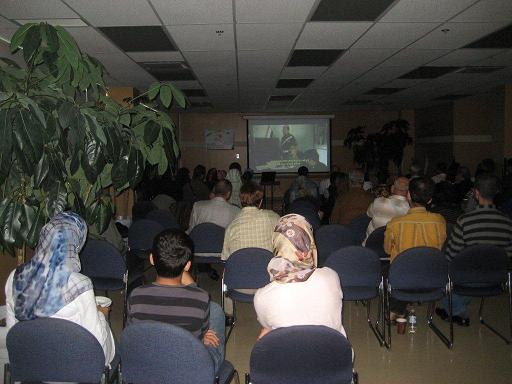 Coffee, tea and popcorn and Iraqi Klaicheh and sweets was served

The Iraqi Community Center have organized it annual Family BBQ Trip to Angrignon Park in Ville La Salle on Sunday 18/7/2010
More than 150 participated in the event, plus number of Iraqi new arrival to Canada.

You can watch part of it on this link