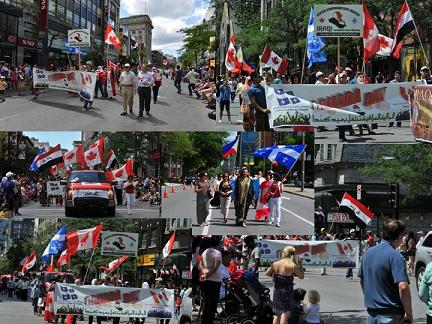 For the second time, The ICC has participated in the Canada day parade which took place on July 1st in downtown Montreal. The Iraqi float included a truck, banners, flags, and Iraqi folkloric music.

Among the participants was the Iraqi General Consul in Montreal.

At the end, a souvenir wall plaque was presented to the ICC representing the 35th anniversary of Canada day parade.